Push are proud to be named in The Drum's Top 10 UK agencies!

Google App campaigns can be a little daunting. Luckily, we have 5 handy tips outlining in simple terms just how they operate — and which practices are the most critical to a successful campaign.

1. Commit to the right campaign type and bid:budget ratio in order to acquire the right kind of user.

When you know which users are most likely to make purchases, it is very effective to use a campaign with the objective of driving purchases. These users will cost more than those users who are known to be likely to only install, but have far higher purchase rates. It is also important to bear in mind that both budgets and bids can significantly influence the ability of your campaigns to acquire users of different scale and qualities. GACs require enough data to power their target algorithms.

There are two reliable principles to keep in mind when calculating your bid:budget ratio:

2. Run tCPA event-optimised campaigns only against events for which you have enough event data.

You’ll find that you hear this a lot, but campaigns simply must have enough data to function properly. The best practice to scaling GACs is usually to just let them learn with as much budget as can be feasibly allocated. When a GAC gets the amount of data it requires, you may well be amazed at just what it can achieve in terms of ROI and scale.

It is crucial to make sure you have sufficient event volume before you kick off an event-optimised campaign. Events are nuanced and the conversion rate of install to event is often a mere 1–10%. This means that the algorithms need far more data if you want them to figure out the types of users who are likeliest to convert. Every single user acquired helps to tune the algorithm regardless of whether they convert events — but those who do convert offer far more valuable data.

The ratio of users who purchase to those who do not will be far lower at the beginning of a campaign than it will after the campaign has been running for a decent period of time. Learnings lead to improved performance over time.

10–30 events per day is generally the best practice, but optimal performance comes from having even greater event volume. If you don’t have sufficient volume, consider a max installs advanced-optimised campaign first. This is like a tCPA campaign with the stabiliser wheels on, as it optimises for install volume whilst simultaneously attempts to acquire users with a high propensity to complete your target event. This kind of campaign differs insofar that its targeting goal is primarily to acquire installs. As such, it won’t be hindered by insufficient volume. This campaign works to acquire those users who are known to be likely to complete the event when it is based on auction dynamics.

It can be tempting to segregate campaigns into different geographies or by bid or budget, but, in the long run, this is unlikely to be advantageous — and can sometimes even harm performance.

Running campaigns that have the same objective in the same geographical area will lead to internal competition between the campaigns, which will then skew the serving of impressions. A useful analogy here is the logic followed in the web world, in which splitting keywords into different ad groups or campaigns can split clicks, conversions or impressions, thereby frustrating the possibility of accurate reporting.

Certainly, when it comes to GACs and algorithmic marketing, the impact of competing campaigns is even more significant and detrimental to the health of a campaign. Running multiple campaigns leads to data being split between them, which in turn obstructs the targeting algorithm of each individual campaign to gather data. That said, it is okay to run a max installs campaign against another that has been optimised for tCPA purchases, as they entail two distinct tCPA events and, as such, don’t target users of highly similar profiles.

Giving your GAC enough assets to uncover which are performing the most effectively is proven to help improve performance. GACs were formerly known as Universal App campaigns, with ‘Universal’ the operative word here in particular. They serve across the universe of the Google Ads inventory, which amounts to a staggering number of placements and indeed types of inventory. Every dimension of an asset will help your ads be eligible to show across a variety of inventories in the Google universe, and each inventory has varying auction and user quality dynamics.

For example, videos that are oriented to portrait serve almost anywhere that videos can serve — except YouTube, which requires orientation to landscape. YouTube users are often pricier, but more often than not they are also higher-quality than those of other video inventory sources. By adding landscape, therefore, you enable your ads to be shown on YouTube, which in turn influences the capability of your GAC algorithm to optimise towards your goal.

Assets don’t only influence your performance by way of inventory dynamics. When they exist in a significant volume, they are also proven to help your algorithm try more assets and ultimately zero in on the favourites — whilst giving up those that are underperforming faster. This may be Google’s way of allowing you to benefit from following best practice. Alternatively, perhaps Google’s machine learning has developed something akin to a personality, which, like a true creative type, will ironically only put forth its best work if offered the autonomy to do so. Either way, filling up your asset slots is a surefire way to improve performance.

5. Avoid making too dramatic a change to your bid or budget.

Implementing large bid changes risks disrupting the smooth progress of the targeting algorithm and, as such, is not good practice when it comes to GACs. A large bid change can lead to a significant swing in performance in both CPA and installs volume. Small, measured changes often result in far more consistent performance and fewer unexpected swings.

The aim of your algorithms should be to acquire those users whose acquisition costs back out to the tCPA you have set. This is achieved by adjusting the ultimate bid submitted to the auctions, which is based on performance actuals.

Your algorithms need enough data that they can perform this task properly. Large bid changes, however, forces an algorithm to push into uncharted areas of the auctions, in which user quality dynamics and pricing are different. This in turn resets the learning period, which then necessitates the algorithm reassessing what the optimal bidding strategy is. This causes performance swings. In the case of a significant bid reduction, solid empirical evidence demonstrates that algorithms tend towards overcorrecting, submitting to more conservative bids to the auctions. This then leads to decreased user quality, even if there is an overall improvement in cost per acquisition.

Furthermore, algorithmic ad auctions are significantly trending-oriented. This means that performance is self-virtuous; negative performances lead to further negative performances. Conservative bids lead to an overall worse auction score, spiralling in turn into even worse scores. These will continue to negatively impact your campaigns, even if you subsequently return the bid to its normal level. Sometimes, campaign volume may even be totally destroyed and the entire campaign will have to be started all over again.

It is best practice to manage auction dynamics appropriately by making changes only within 20% of installs or for best results 5–10% at a time. Avoid making changes during the learning period, as this phase is crucial for the algorithm’s exploration of different bid levels. Significant changes can reset the learning period or kick off the campaign with poor learnings. Your tCPA is not only a ceiling price but also a goal. The algorithm bids higher and lower within your tCPA in order to learn which bid levels produce optimal results. A successful learning period significantly improves a campaign’s performance, so be mindful that the learning period may necessarily be more volatile than you would otherwise be comfortable with.

Make sure you stay tuned for more pointers on the best practices of managing Google App campaigns! 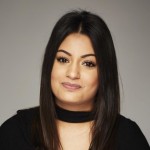 Jasleen manages the team that develops and implements the strategy for new accounts. Jasleen works closely with clients so we have clear KPIs and a strategy to hit them. Her favourite saying is – growth isn’t a strategy it’s a result! Jas also assesses what new products we introduce to ensure our customers continue to thrive.

Don’t forget Microsoft Ads!
Why other Search Engines are Important for PPC Strategies